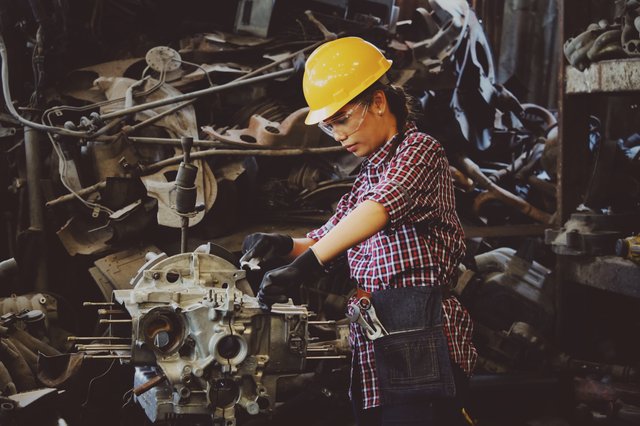 The Federal Government recently announced their 2020-21 budget, issuing a substantial portion of $1.2 billion to fund the employment of 100,000 new apprentices or trainees into businesses across Australia as an essential part of kick-starting economic recovery post Covid-19.

Of this $1.2 billion investment, Weld Australia are asking for 30% to be issued to apprenticeships and traineeships offered solely to women; as they urge the importance of Gender Diversity as a key part of getting the industry back on its feet.

“In a post COVID-19 world, irrespective of how much funding the Federal Government invests in training and apprenticeships, Australia’s economy will not recover unless we maintain our industrial, manufacturing and infrastructure sectors. The only way to do this is to broaden our labour pool by attracting women into trades such as welding,” said Crittenden.

“We need a proactive, targeted approach that engages and recruits women into the trades, new and innovative trade training programs designed specifically for women, and measurable gender diversity targets set by the Federal Government.”

“In the wake of the COVID-19 pandemic, Treasurer Josh Frydenberg has revealed the budget will be in the red by $184.5 billion in 2020-2021, marking the largest deficit since World War II. The participation of women in the industrial sector played a significant role in the World War II economic recovery—it must do so again now,” said Crittenden.

The latest job demand data, as published by the National Skills Commission (July 2020), states that approximately 30% of employers are struggling to recruit suitable candidates for their open vacancies. Interestingly this is despite the number of job seekers being at an unusual high as a result of the current job market post Covid-19.

The fact that there is an overwhelming struggle to fill such positions despite unemployment rates being at an unusual peak highlights that there are simply not enough skilled workers in the labour market. Over 35% of Australia’s current welding workforce is aged over 45 years, and in the upcoming decades will be at retirement age. At that point welding positions will be even more difficult to fill as the number of vacancies greatly outweighs the number of people undertaking welding apprenticeships and traineeships to replace the baby boomers leaving the market for retirement. For all trade industries such as Welding, this is a worrying outlook as the lack of skilled applicants and applicants that lack experience and technical skills puts into focus the impending issues that the industry will face in the future, especially with increased demand.

In greater detail, the Australian Government has stated that by 2024 the number of job vacancies for structural steel and welding trades will be above average, as over the last few years for example, Queensland has seen welding trade vacancies increase by 87%, Western Australia by 80% and Victoria by 18%. With the number of Welding trade workers decreasing by 8% over the last 5 years and the number of apprenticeships completing their courses falling by 23% annually, this brings into focus the impending recruitment struggles the industry will face in the future in order to continue working at full capacity.

As it stands at the moment, women account for less than 1% of welders across Australia, a staggering statistic and an overwhelmingly large space within the market that provides promising opportunity for females in trade to combat the looming skills shortage of the future.

This $1.2 billion investment is an encouraging starting point and should be utilized in the correct way; not only to aid the recovery of the industry and economy post Covid-19, but also to provide a more promising future for the industry as a whole to improve on their job prospects and diversity for years to come. Especially for women, as the perfect opportunity to try new trades and explore new pathways that they may not have considered before.